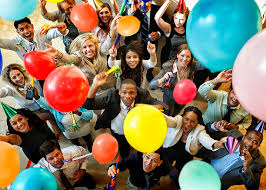 You may recall our post late last year about a group of our clients whose declined Residence Visa applications were successfully overturned on appeal by the Immigration and Protection Tribunal (“IPT”). The IPT then sent the applications back to Immigration New Zealand (“INZ”) – with a strict set of guidelines – for a correct reassessment.

During its verification process, INZ asked to see the Service Agreement which the employer had entered into with its corporate client – one of the largest multinational consumer electronics giants in the world – whose products the appellants service. Given the highly commercially sensitive and confidential nature of this contract, the employer was unable to release it to INZ.

Then we started getting INZ’s letters of concern which were, once again, all materially the same. At the same time, other Residence applicants working for the same employer started contacting us to help them too.

Needless to say, this was a gut-wrenching and frustrating further set-back for our clients who had been battling for months – and in some cases, years – to secure their Residence Visas. This development was not however entirely surprising to us. It was apparent even when the IPT first released its decisions that INZ might try to find other ways to defeat the applications on reassessment. Unfortunately for our clients, we were right. And so the fight continued.

This time around, the focus of INZ’s “concern” was on its own ability to verify whether the IT call centre jobs in question were a substantial match to ANZSCO Unit Group (313112) ICT Customer Support Technician. INZ took the position that it could not assess whether the jobs were “skilled” without seeing the confidential Service Agreement between the employer and its corporate client. The wording of INZ’s letters (and remember, they were all the same) left little doubt in our mind that it would decline all the applications if it did not get the Service Agreement: an agreement which, INZ knew, would never be released. Nasty stuff.

Therefore, when we responded we asked INZ to justify why it couldn’t verify the jobs without that document. After all, it already had in front of it a pile of other evidence. Specifically, we noted that INZ had:

We pointed out that the visa officers did not raise any concerns about the credibility or veracity of the employment documents and information noted above.  They were ignoring this evidence in favour of the Service Agreement, which it had not yet seen, and were speculating on its value for verification purposes. They also appeared to have ignored the directions of the IPT which provided authoratative guidance on how these jobs are to be assessed – and that did not include looking at some third-party Service Agreement.

We questioned the propriety of and motivation behind INZ’s request for the Service Agreement, and we put it back into INZ’s court to justify the legitimacy of its request. It seemed to us that INZ was acting in bad faith by requesting a document it knew could never be released, as a way to decline the applications again. We were therefore determined to hold INZ to account, noting in our written response that further decline decisions would result in further appeals back to the IPT.

We heard nothing from INZ for several more weeks  until, at last, the final decisions began trickling into our inbox a couple of weeks ago. After their lengthy and expensive struggle to have their work recognised as skilled, all of our clients’ applications were finally approved and they were granted Residence Visas. Needless to say, they were relieved and grateful that the fight was finally over. Putting INZ to the test had finally paid off.

It is a satisfying end to what has been a very long and hard-fought battle. The success which our clients have enjoyed will probably have a lasting impact on the way in which the ICT Customer Support Technician occupation within other, similar businesses in New Zealand, will be assessed by INZ moving forward.

If you or anyone you know is facing similar issues with their Residence (or Work Visa) application, be sure to get in touch with us.